Membershis remained fairly static at 107, despite membership charges increasing to $15 for renewals and $20 for new members.

During 1994, major effort was put into making the jazz nights at the Willows a success. Local bands performed each month, the following outfits usually taking turns: 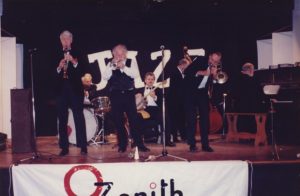 These bands attracted reasonable audiences to the Willows, although on wintry nights often there were only about thirty people present.

An unpleasant experience for the Committee occurred in April. A night with the famous Zenith New Orleans Jazz Band at Twyford Hall had to be cancelled at the last moment due to a deplorable lack of interest by members. Zenith accepted a cancellation charge of $400 and undertook to appear at our Black and White Ball in October.

The Christmas Party on December 15th was the biggest yet. 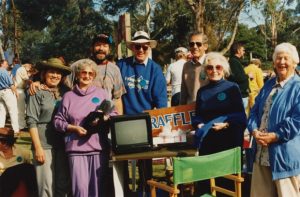 The following visitors appeared for us during the year: